There's enough food in the world for everyone, but unequal distribution means that 800 million people go to bed hungry each night.

Tony Hall might be one of the few Americans who know what chronic hunger feels like, firsthand. As a former Ohio congressman and an ambassador to the UN Food and Agricultural Organization (FAO), Hall undertook a voluntary three-week long fast to protest Congress’s decision to abolish the Select Committee on Hunger. In his book Changing the Face of Hunger, Hall describes what it felt like to live with no food during his extended fast:

Physically and psychologically, the first week of the fast was the hardest. I was horribly hungry—I could say 'in agony'—and getting weaker by the day. I thought constantly about what I would like to eat—that last meal of fried chicken, mashed potatoes, and Caesar salad; some future meals with some of my favorite foods, such as steak, roast beef, and key lime pie. …

[T]he sensation of hunger faded in about a week. It's as if the body gives up on getting food and stops demanding it. From then on, I could join my family at mealtimes and not be bothered a bit. It was a revelation about the poor and the hungry, to whom I came to feel exceptionally close as the fast went on. I now fully understood, in a way I never had before, a strange phenomenon I had witnessed during famines: starving children who refused to eat when food was finally offered to them. (Read a longer excerpt here.)

People who know firsthand the gnawing, pervasive hunger that Tony Hall chose to experience are rarities in wealthy countries like the United States. Most of us who live in the developed world have had the good fortune of not knowing what it feels like to live with hunger. I’m not talking about that feeling of ravenous after we hit up the gym, or the lightheadedness we feel when our back-to-back work meetings occasionally force us to forgo lunch. I’m talking about chronic hunger, which the FAO defines as undernourishment so severe that it interferes with a person’s ability to live an active, normal life. Chronic hunger takes a toll on both physical and psychological wellbeing, reducing work productivity, school performance, and increasing susceptibility to illness and disease.

But while Tony Hall’s experiences might be unusual here at home, his “agony”—as he calls it—is far from uncommon in the world’s poorest communities.

In 2015, 800 million people continue to go to bed hungry each night. These men, women, and children lack adequate energy intake and remain chronically undernourished. This means that one in nine people on this planet do not have access to the nutrients and vitamins essential for proper development and health. Where do the world’s hungry live? Who does hunger hurt the most?

As with many issues that are exacerbated by extreme poverty, it’s often the youngest and most vulnerable who are hurt the most. The world’s children are disproportionately affected by food and nutrition shortages. As of 2015, 90 million children under the age of five—one in seven worldwide—are underweight. Ninety percent of the world’s hungry children live in just two regions: Southern Asia and sub-Saharan Africa. Living with chronic hunger and malnutrition puts children at risk of dying from common colds and infection. And even if children do recover from these diseases, their recovery times are often delayed.

Stunting is even more common than being underweight in the developing world. Globally, 160 million children have inadequate height due to chronic hunger and malnutrition. In the developing world, children from the poorest families far much poorly than those from the wealthiest households; children from the bottom quintile of households are twice as likely to be stunted as those from the top quintile.

People like Tony Hall may prove the exception rather than the rule. But there’s something that all of us can do to help combat the debilitating and even fatal consequences for those who lives with ongoing hunger.

The average American household gives $2,974 to charity each year. How far could that amount go to alleviating hunger and malnutrition in the developing world?

Two of The Life You Can Save’s recommended charities—the Iodine Global Network (IGN) and Global Alliance for Improved Nutrition (GAIN)—have found a way to add a vital nutrient to a common household food: table salt. By adding iodine through salt fortification, the IGN and GAIN provide hundreds of thousands of people with this vital nutrient. The IGN oversees salt fortification programs in 150 countries worldwide; GAIN’s salt fortification programs are active across 16 countries, reaching half a billion people—including 16 million newborns each year. At just 5 to 75 cents per person covered, universal salt fortification programs are one of the most cost-effective ways to help secure adequate nutrition for the chronically malnourished. By conservative estimate, a donation of $2,974 to the IGN or GAIN would reach 16,522 people for one year.

As a global leader in international development work for more than half a century, Oxfam International works to combat the underlying social and economic inequalities that cause hunger, malnutrition, and food shortages. Oxfam provides emergency food supplies in response to conflict and disaster, and has played vital roles in bring food to displaces populations in the aftermath of the Nepal earthquake and in the current conflict in Syria. Oxfam also runs school lunch programs to help the world’s poorest children stay in school and live active, healthy lives. A $2,974 donation to Oxfam would help to buy school lunches for 84 children for an entire year. Most of us don’t know what chronic hunger feels like, nor have many of us seen its effects up close in the lives of those we cherish and love. That’s a privilege, and all the more reason that we should use our resources to help wipe out global hunger.

Not all charity dollars are the same. What will your impact be? Find out using our interactive Impact Calculator. 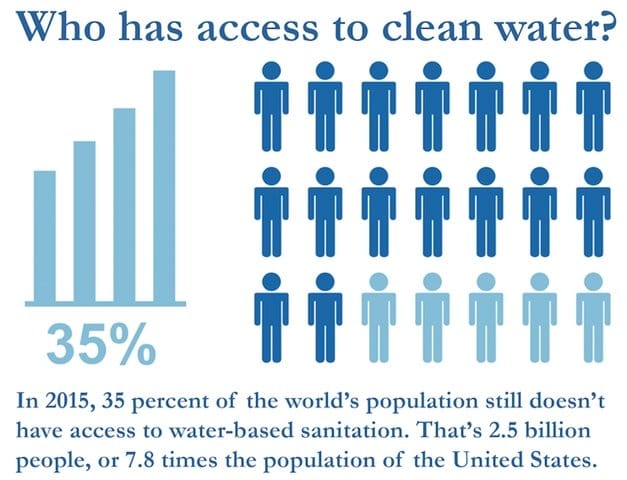