Why the Cambodian eye care system needs your help

The people of Cambodia radiate resilience and optimism. Tourism is booming and the economy is growing. But the turmoil of the Khmer Rouge regime and the effects of genocide and has left scars that will take a long time to heal. For all the progress in this fascinating country, there is also persistent poverty, corruption and deficiencies in the health care system.

The eye care system in Cambodia highlights the incredible disproportion of services in the country. 90% of blindness in Cambodia is avoidable and cataract is the leading cause of blindness. The cataract backlog is estimated at 80,000 with a further 20,000 people developing cataract every year.

Seeking help for eye problems is not easy. With only 35 eye surgeons for 15 million people, the vast majority of people may never be treated. Compare this figure to Australia and Zealand, where we have 895 ophthalmologists for our relatively small populations. We also have access to primary eye care through optometrists who reside in nearly every city or town across the country – something of a luxury in Cambodia.

The poverty and lack of access to services that Cambodians face is rooted in their complex history. One aspect of this is the Khmer Rouge regime, where an estimated two million people were killed in the pursuit of Pol Pot’s vision of an agricultural utopia.

From 1975 to 1979, the Khmer Rouge attempted to reboot Cambodian society and start at “Year Zero.” They wanted to establish a new order – free of money, family ties, religion, education, property, and foreign influence. To create a society like this meant obliterating those who were resistant, which led to a genocide and the death of around a quarter of Cambodia’s population.

Factories, schools, universities, and hospitals were shut down. Lawyers, doctors, teachers, engineers, scientists and professional people in any field were murdered.

Cambodia started to rebuild after the Khmer Rouge was overthrown but with so much infrastructure and knowledge destroyed there is a massive gap in skills and a shortage of professionals in many fields – including doctors. The resilience of the people has seen the country forge ahead, but it’s a long process to recover from such devastation.

Dr. Sarath in Cambodia received training with support from the Fred Hollows Foundation

The eye health system in Cambodia

10.1% of the population live below the income poverty line, measured at $1.25 a day. In addition, 40.4% of employed persons are considered working poor, earning $2 per day.  During the Khmer Rouge regime, many of the residents were forced to move out of the cities, and most of the people who live in poverty also live in rural areas. There is no access to eye care in these areas, and they don’t have the means to seek help – as was the case for Thol and her young family.

What makes the situation worse is that many socio-economic barriers prevent marginalised groups (women, people with disability, elderly) accessing even the most basic eye care.

If the cataract backlog is to be addressed, and a system put in place for the next generation of Cambodians, we need continued support to create a sustainable eye health system – and help those who are blind but don’t need to be.

The Fred Hollows Foundation began working in Cambodia in 1998, training eye doctors and providing basic ophthalmic equipment. Since then, we’ve become the leading eye health NGO in Cambodia, working in close partnership with the Government of Cambodia and the Australian Government Aid Program.

The Foundation is not simply treating people with eye conditions: we are helping to build an entire eye health system that is sustained by Cambodians themselves. Since we began work in Cambodia, the prevalence of blindness has declined from 1.2% to 0.38%. This reflects the impact of improved eye care services as well as The Foundation’s training programs which have helped double the number of eye doctors in the country.

Read more about our work in Cambodia, including “Fending for Themselves,” which tells the story of on of the countless families helped by Fred Hollows Foundation: 8-year-old Thas and her 13-year-old brother Jay collect rubbish to supplement the meager income made by their 17-year-old brother Chang.  Their  father left when their 46-year-old mother, Thol, became blind from preventable cataracts, because he didn’t want a blind wife. Thanks to Fred Hollows Foundation’s renovation and work at the local hospital, Thol’s sight was restored in a 15-minute surgery. 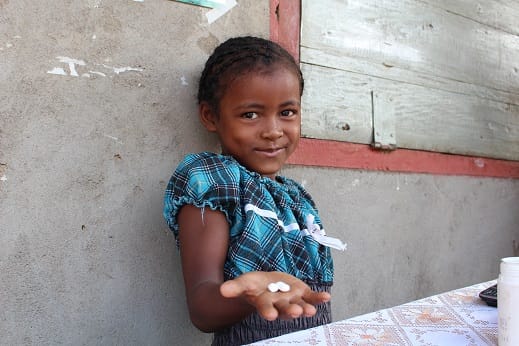 The Fred Hollows Foundation is a recommended charity of The Life You Can Save. To date, the Foundation has performed over a million cataract surgeries, restoring eyesight to some of neediest people in Africa, Asia, and Australia. The Foundation’s Australia initiatives focus on blindness prevention and eye care among Australia’s indigenous populations.