In The Life You Can Save, Peter Singer identifies parochialism as one of several barriers that prevents people from giving money to those in extreme poverty–specifically, the preference for sharing resources primarily with people living in one's close geographic proximity. In many ways, parochialism is a natural response.  From an evolutionary perspective, focusing our resources on our children and tribe helped ensure that they would have the best possible chances of survival.  Many in today’s society consider this outlook both natural and loving, enabling us to funnel our resources into the development and protection of our children and loved ones. However, just because parochialism is a natural response does not necessarily mean it is the morally superior choice in all situations. There are definite limitations to a parochial perspective when confronting the problem of extreme poverty.

One limitation is the assumption that all people are equally in need. Donating $50 to your local arts community might be a generous gesture of support, but it is important to keep in mind that in objective terms, there are people who need that money more.  Recent Gallup polls show that 1% of the US population and 54% of the Sub-Saharan African population live in extreme poverty (defined by the World Bank as $1.25 or less per day).  We live in a world of limited resources; there are always opportunity costs and always someone for whom that same amount of money may be more valuable, perhaps life-saving. Percentage of the global population living on less than $1.25 a day. (Photo credit: Wikipedia.com)

A separate but related limitation concerns what percentage of our income is actually devoted to supporting our loved ones versus what is used in more superfluous ways.  In a study by the Economic Policy Institute entitled “What We Need to Get By,” Jared Bernstein and James Lin estimate that the average American family needs $48,778 per year to meet its basic needs–and that almost a third of families fall short of this benchmark.  I do not imagine anyone would argue that a struggling parent in the U.S. should regularly refuse to feed their child dinner in order to donate their money to an organization fighting extreme poverty. This trading of one person’s basic needs for another’s does not promote overall gain. But the study also shows that a full two-thirds of families in the US do not have to struggle to meet their basic needs. Can those of us in this majority spare some of the luxuries we buy for ourselves and our families to give some of our wealth to those who need it most? It is natural and loving to devote resources to our children but it is important not to confuse basic needs with less essential extras.

A third limitation of parochialism in regard to extreme poverty is that by focusing resources locally, we may be exposing ourselves and those we intended to protect to greater harm or risk than if we had allocated our resources internationally.  In a March 2012 op-ed piece in the New York Times “On the Ground” blog, Jake Harriman argued that efforts to combat terrorism must move beyond targeting specific terrorists or terrorist networks to focusing on fighting extreme poverty as an important set of conditions that fuel terrorist ideology.  In his piece, Harriman cited Desmond Tutu on the connection between extreme poverty and terrorism: “You can never win a war against terror as long as there are conditions in the world that make people desperate — poverty, disease, ignorance.” If the goal is to protect the people closest to us, the best way to do so might be to help the people furthest from us. If we acknowledge the limitations of parochialism as applied to extreme poverty, how might we try to counter our instinct towards it?  In my opinion, the answer is through exposure to people who are living or have lived in extreme poverty.

According to Mountains Beyond Mountains, Tracy Kidder and Paul Michaels'  biography of Partners in Health founder Paul Farmer, Farmer struggled immensely with how he could love and focus resources on his newborn daughter more than the children with whom he worked in Haiti. “I thought I was the king of empathy for these poor kids,” he reflects, “but if I was the king of empathy, why this big shift because of my daughter?  It was a failure of empathy, the inability to love other children as much as yours. The thing is, everybody understands that, encourages that, praises you for it.  But the hard thing is the other [loving them all equally.]”  Exposure to extreme poverty changes something fundamental about our view of resources and our responsibility in their allocation.

How might a person living in the U.S. gain exposure to people living in extreme poverty?  One way would be to explore documentaries, podcasts, and websites dedicated to understanding and ending extreme poverty.  The Life You Can Save's Extreme Poverty Report and A Call to Action offer starting points for learning more about those in extreme poverty, and recommends thirteen organizations that provide direct aid to the world’s poorest. Ideally, exposure would also involve developing relationships with people who live or have lived in extreme poverty, as this has greater potential to challenge and change our giving behavior. Visiting countries where extreme poverty exists in large proportions requires a financial investment upfront, but can have huge multiplier effects when one returns home. Opportunities may exist through your local religious or social justice organizations or through student or professional educational tourism groups.  However, developing relationships with those in extreme poverty does not have to involve international travel. One might volunteer through a local organization, such as those serving poverty-stricken refugees who are new to the U.S.  In my opinion, the specific route chosen to gain exposure is not so important. What is critical is that the experience helps you reconsider your role in helping end extreme poverty. 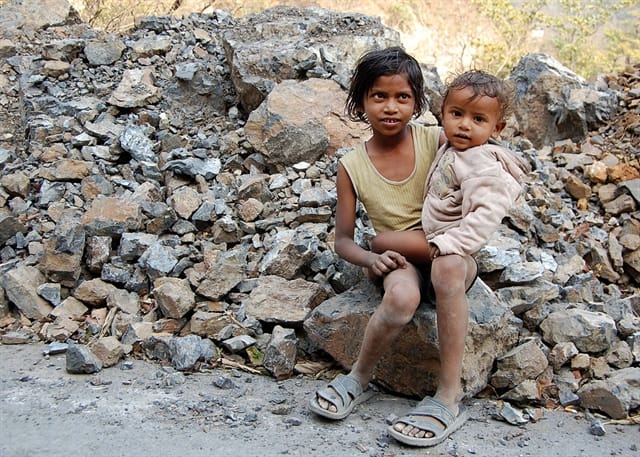